Not long after the unexpected death of her mother at 36, an Omaha child saw someone new come into her life. “All I remember,” said Danielle Dubuc-Pedersen, “is looking out the window when a taxi pulled up and an elegant lady got out. I didn't know who she was.” The woman was her aunt Mary Jane, her mother's sister, who had grown up in Omaha. She was unfamiliar to Danielle, only 4½, because she had lived out of the country. U.S. government jobs had taken her to Guam, Japan, Paris and the United Nations in New York, among other places. She arrived home in that taxi in 1959 after flying from Belgium, where she worked in the U.S. Embassy. At 30, she was well into an exciting career. But she was about to embark on a much different one — helping to raise her sister's five children, then ages 3 to 12.

As Danielle said in admiration and a bit of awe: “You give up a career traveling all over the world, 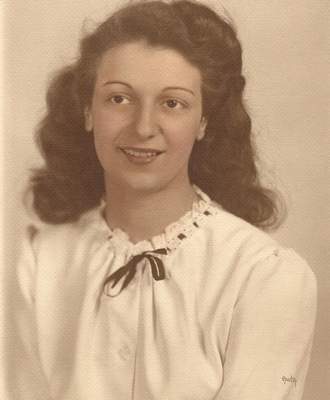 doing what you love, to raise your sister's kids. She never married. She was here for her family, and she did everything a parent has to do.” One August day 55 years ago, Gloria fell and skinned a knee. It became infected, she slipped into toxic shock and within three days she died. After graduating from the College of St. Mary in Omaha, Mary Jane had entered government service, which took her to exciting places. Who knows where it would have led? She didn't talk a lot about what she had done, but apparently it eventually entailed supervising administrative support staff for diplomats.

Mary Jane also provided financial support. Her brother, David, a real estate developer, found a plot near 93rd and Pacific Streets, and helped Mary Jane get a five-bedroom house built. It became a home for herself, for her mother and her children and for the five Dubuc kids — 13 people in all. Mary Jane worked at the Strategic Air Command at Offutt Air Force Base for about 30 years, part of the time editing a SAC magazine. 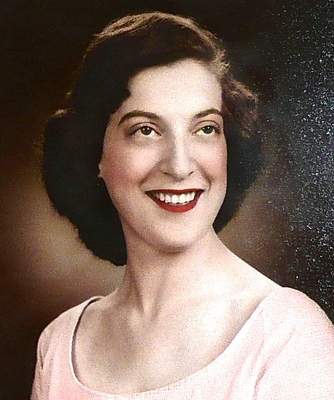 “Some can get a little on the wild side,” she said. “Mary Jane and I finally sat down when I was 16 and had a heart-to-heart talk. She said, 'I may not be your mother, but I am your guardian who takes care of you, and I can be your confidante and your friend.' ”

Ted, who worked 40 years in the computer industry, lives in Huntington Beach, Calif. His daughter, Nicole Dubuc, now 35, worked as a child actress in such TV shows as “Our House” and “Major Dad,” and today is a writer. At her funeral, she was described as a disciplinarian, matchmaker, friend — and a mother, even though never she claimed that last role. “She was exceptionally bright,” Ted said. “She was also very religious, and she knew that if God had called her to this, then that was what she would do. She never looked back and never expressed regrets.” “She is my hero,” Danielle said. “I don't know how anybody could do what she did. This is the end of an era.”

This article was reprinted with the expressed written concent of the World Hearld: For The Unabridged Original Article That Was Written By: Michael Kelly Editor Omaha World Herald click on Michael Kelly

Other Articles Of Interest:
1. Who Is John Galt?
2. Real Estate Photography How To