The Best Zoo In The World - Henry Doorly Zoo

The Best Zoo In The World - Henry Doorly Zoo

Exactly how much do you know about our zoo here in Omaha? Henry Doorly zoo to be exact. Ill wait a minute to let you think… 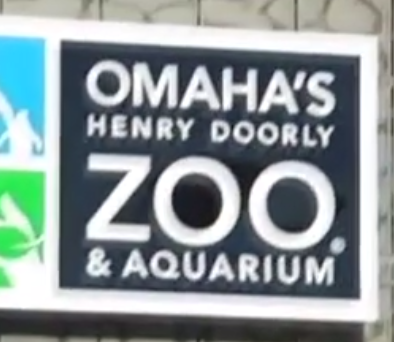 Henry Doorly was always on a mission to improve the city and let me tell ya he did just that. He was and still is a legend. When he died in 1961. After his passing, his daughter convinced her mother Margeret Hitchcock Doorly that Omaha needed a new zoo. So in 1963 she donated $750,000, which in today’s day in age is more than $4,000,000 bucks! The catch was that the zoo be named after her husband.

Okay so back in the day when it was called Riverview Park, there was about 120 animals all together. Oh and I keep hearing we had a couple of bison on loan from good old “buffalo bill”. I don’t know where people are getting their information nowadays. Only 120 Animal’s on 130 acres? Wow, it’s difficult to wrap my head around it because now we have thousands of animals and so many indoor and outdoor exhibits! I love the zoo in Omaha, NE. When I go to the Scott Aquarium I feel like I am a mermaid, don’t judge. When I am in the Lied jungle I feel like Tarzan is going to come out of nowhere, swinging from a vine screaming “AHHHH AHA AHAAAA.” The point is when I am visiting any of these in and out door exhibits I feel like I am in that part of the world. The recreation of them is absolutely amazing!  So I wonder is it rare animals, the vast exhibits or just the visitors that come from around the world that make this zoo rated #1 across the Earth?

Other Articles Of Interest:
The Best Zoo In The World - Henry Doorly Zoo
Finding A New Earth
300: Rise of an Empire
Two-Headed Dolphin Found On Turkish Beach
Robin Williams Dead
Old Skeleton Rediscovered
The Best Zoos In The World
Battlefield Hardline. Newest in the Battlefield Franchise.
Solar Roadways
Hubble Telescope Finds A 9.6 Billion Year Old Galaxy
EmDrive Breaks Laws Of Physics
Guardians Of The Galaxy Latest Marvel Movie
Ghostly White Shrimp-Like Sea Monster
Gas Explosion In Taiwan
Dawn of the Planet of the Apes, the Amazing Sequel to Rise of the Planet of the Apes
10 Most Important Events In Earth's History

© 2014 all rights reserved
Posted by Unknown